You are here: Home / Haber & Güncel / How Long Does It Take to Divorce in Turkey?

One of the most frequently asked questions about the procedure of divorce in Turkey is how long it takes.

In this essay we are going to give some information about the process of divorce cases and how approximataely they take time in Turkey.

When it comes to love and be a family and have children, people do not care about being abroad. They think that foreign languages, cultures and countries are new challenges to try. So they get married in abroad and begin to live in societies which are definitely different from their own societies.

However, when the love, the joy of marriage and the will of living together finish people tend to go back their countries as soon as possible and without leaving nothing behind.

So in this moment the duration of divorce process plays a key role in the country where they get divorced.

It may take a long time to get divorced in Turkey.

First of all there are two types of divorce processes in Turkish law system.

Both procedures have their own conditions.

In the process of uncontested divorce, couples, who would like to get divorced, have to apply to at least one year after their marriages.

In other words, married couples do not have right to apply to the court with uncontested divorce petition during the first year of their marriages. If they do, then their applications are denied by the court.

However, sometimes the petition for divorce before the first year ends, may be accepted by the courts. But these kind of decisions are very rare. The rule in the Turkish Civil Code is to apply to court after at least one year.

The other procedure for divorce is the contested divorce process.

If the couples cannot agree on the consequences of divorce such as guardianship of children, or one party of the couples may not want to get divorced, or both parties may blame to the other side and would like to demand compensation for pecuniary and non-pecuniary damages from the other side.

In this process one of the married couple or both of them apply to the court for divorce. The court has to decide on consequences of divorce such as who is the guilty for divorce, if there is/are demand of compensation then who has the right to take compensation, the guardianship of children, and etc..

In order to decide on all of these consequences of divorce, the judge has to listen witnesses of divorcing couples, view all evidences and the situation of child in common and do the other court process of the case. So as a natural conclusion these types of procedures take a considerable time. In crowded cities such as Ankara, İzmir, İstanbul contested divorce processes may take two years and in less crowded cities they may take at least one year. 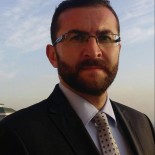